‘Why it’s time for ‘Clive of India’ to stand down’ 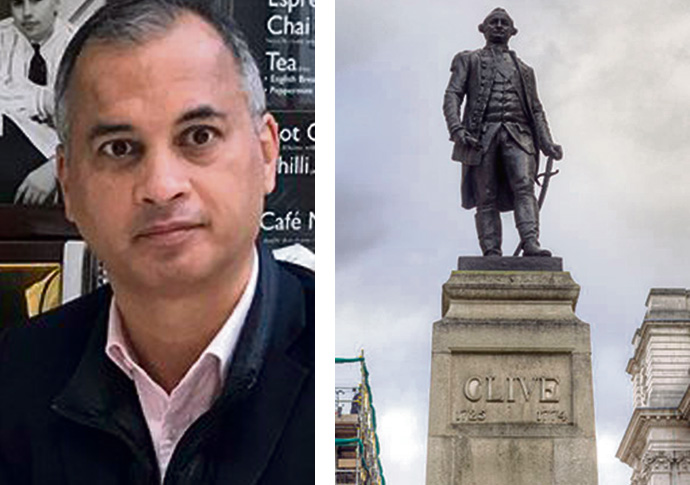 ROBERT Clive, known by his admirers as “Clive of India”, was responsible for the mass invasion and brutalisation of millions across Bengal, Bihar, Orissa and the rest of the Indian sub-continent.

As the first governor of the East India Company’s Bengal Presidency, Robert Clive (1725-1774) looted massive wealth from Bengal – his first loot is said to have been worth £250million in today’s money for his company – and was responsible for profit-driven policies that provoked a four-year long famine, killing a minimum of one million people and reducing the population by a third.

The East India Company continued to collect taxes as these people died unable to cultivate their crops, while Robert Clive amassed his fortune.

The East India Company’s activities, particularly the behaviour of the company servants, roused much public indignation in England including from the father of modern conservatism Edmund Burke.

He become their most outspoken critic in parliament against the company abuse and immorality in India by suggesting: “Tomorrow these delinquents of India may be the Commons of Great Britain.”

As Clive used the massive wealth he had amassed to buy “rotten boroughs”, corrupting England’s own democratic processes.

Horace Walpole, Whig politician and author, said of the “sovereigns of Bengal”: “They starved millions in India by monopolies and plunder, and almost raised a famine at home by the luxury occasioned by their opulence raising the price of everything, till the poor could not purchase bread.”

Furthermore the establishment of this market monopoly by the East India Company in India offended and angered thinkers, including Adam Smith.

There is a “London County Council” blue plaque at 45 Berkeley Square, W1, Robert Clive’s last home in London, describing him as a “soldier and admin­istrator” when this is patently not the whole story. It states that he was a soldier but it does not tell you he was one for a private army for hire to the East India Company.

Maybe a mercenary would be a better description. And as for an ‘administrator’, the plaque does not tell you that he was vilified by his contemporaries in Britain and put on trial before parliament for looting Bengal; committing mass atrocities and policies which led to famine in Bengal.

As for his death, while Clive left no suicide note, Samuel Johnson wrote that he “had acquired his fortune by such crimes that his cons­ciousness of them impelled him to cut his own throat”.

There are three main reasons to remove the statue.

First the glorif­ication of a mass murderer and looter in the heart of the national capital is profoundly insulting, especially to those from a South Asian background.

Secondly the location of the statue at the entrance of the Foreign and Common­wealth Office tells visitors that the British state today condones the murderous activities of the East India Company. It tells our civil servants, MPs and Whitehall staff that they are furthering his work. Why are we, as a country asking our public servants to work in such an environment?

And finally it is time to improve and increase the education that we receive about the British Empire.

If the purpose of the statue is to remember history, this statue does not do the job.

Let us teach people about Clive’s legacy in an archive or museum, accompanied by fresh historical work. The council can consult on where to move and preserve the statue and the reliefs where separate proposals can be made.

The goal of this petition is to stop the glorification of Robert Clive, as one of the greatest corporate rogues, whose statue continues to have pride of place at the heart of government.

As a result, if you live, work or study in Westminster, please sign this petition to remove the statue of Robert Clive: https://petitions.westminster.gov.uk/RemoveClive/#detail