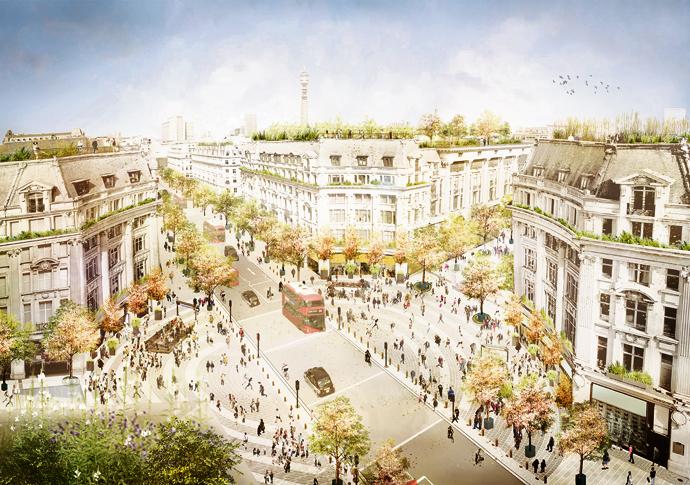 Artist’s ‘birds’ eye view’ of Oxford Circus, traffic on Regent Street, and two piazzas on Oxford Street, either end of the circus

CAMPAIGNERS who successfully fought off the pedestrianisation of Oxford Street three years ago say they feel “disappointed and let down” after the city council unveiled a new plan to shut a section of the street to traffic.

Critics have warned that vehicles and buses banned from between John Lewis and Great Portland Street under the new system will jam-up residential side streets in Marylebone, Fitzrovia, Mayfair and Soho. Cyclists say the project is missing an opportunity to introduce safer routes around the West End.

The Oxford Circus piazzas plan has been “accelerated” because of Covid-19 and community groups have warned not enough consultation has taken place.

It comes three years after the council withdrew its support for the total pedestrianisation of Oxford Street, triggering a war of words with Mayor of London Sadiq Khan that has not been forgotten in City Hall.

In 2018 senior Conservatives were in a panic about losing a string of seats in wards flanking Oxford Street after a single-issue party contesting the council election was backed by key resident groups. At the time the Campaign Against Pedestrianisation of Oxford Street, set up by Ron Whelan, Michael Dunn and Kevin Coyne, warned the council “not to forget its promises” in any future plans.

This week Mr Dunn, on behalf of the Better Oxford Street campaign, said since the 2018 election there had been a number of statements from the council implying pedestrianisation would not take place.

He said: “The reality has been different and there is a sense of disappointment and of being let down. Displaced traffic – taxis and delivery vehicles – will surely utilise routes which have a negative impact on residential areas. 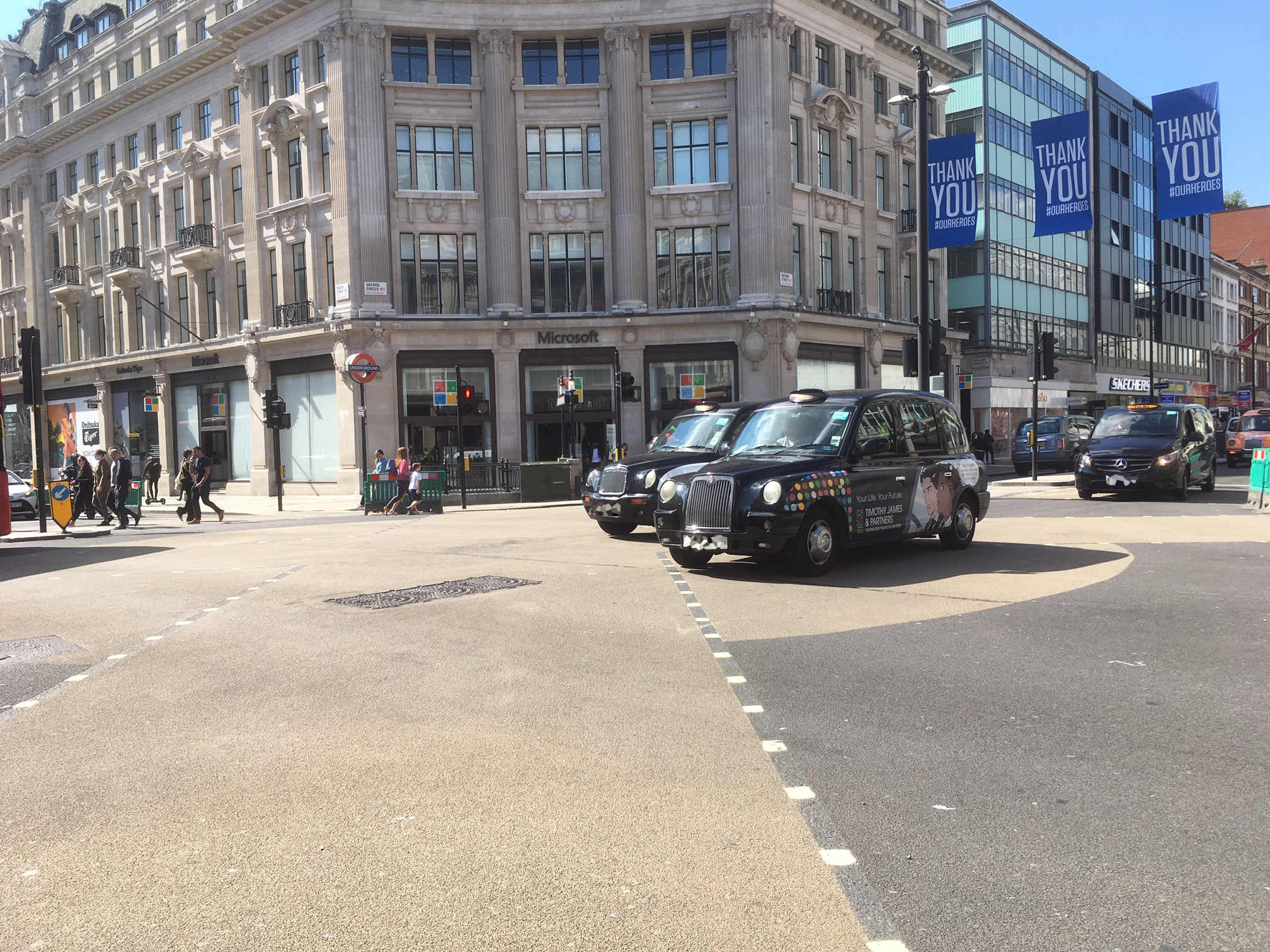 “These will be the streets running north and south of Oxford Street in Marylebone and Mayfair. Fitzrovia and Soho are also in the firing line.

“Is it clear that pedestrian numbers will increase to the extent that justifies the argument that ‘doing nothing is not an option’? The future of retail is unpredictable and the appeal of the area to shoppers may diminish. There is genuine disappointment at the consultation process and frustration at the lack of transparency regarding the final picture,” he said.

The council says its proposals “prioritise people over vehicles” and will cut traffic and make bus journeys quicker.

But Labour has said the project will lead to “inevitable traffic jams” and predicts taxis, delivery vans and other vehicles “using the residential streets north and south of Oxford Street”. Rerouting buses will “displace congestion and air pollution to neighbouring residential streets” and cause delays to bus passengers, the opposition group adds.

Labour’s West End ward councillor Pancho Lewis said: “We have urged the city council to fully consult with residents before starting on roadworks to implement these part-pedestrianisation plans.”

And residents who come into the West End on buses and cabs fear longer trips and drop-off chaos.

Rose Doyle, who lives in Westbourne Park and likes to go to John Lewis or the Leicester Square cinema, said: “Westminster is going to upset a lot of blind, visually impaired, and elderly residents by stopping buses and taxis going along Oxford Street. The Underground is very difficult for these people with lots of steps. Will the very dangerous e-scooters be allowed along this stretch?

“There has been no consultation.”

In 2018 outgoing city council cabinet chief Danny Astaire dramatically ordered officers to stop design work days before the election and after months of the council’s top brass fully-backing the project. Another council election is looming next year.

TV funnyman Griff Rhys Jones, who lives in Fitzrovia, praised the work of “nimbys” in defeating the scheme.

Mayor Sadiq Khan wrote to the then council leader Nickie Aiken saying this “shattered any confidence I have in a positive working relationship with the council on the future of Oxford Street”.

The council plans to spend £150million on various projects aimed at kick-starting the economy in the West End after the ravages of Covid-19, and to coincide with the opening of the Crossrail Elizabeth line, expected in 2022.

Council leader Rachael Robathan said: “In the aftermath of the pandemic, and with the arrival of the Elizabeth line, there is an overwhelming need and a compelling opportunity to build back better.

“A business-as-usual approach will no longer work. We hope the creation of these pedestrian-only piazzas at Oxford Circus will… improve safety, security, accessibility and create an iconic destination at the heart of London.”

The plans are backed by the Crown Estate and RIBA, which has set up an international design competition for the project.