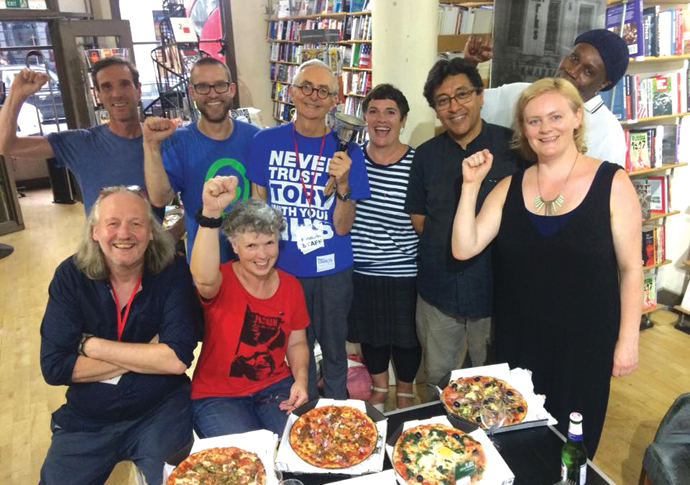 NOAM Chomsky sent a message of support from America to Bookmarks bookshop after it was targeted by a far-right group.

The philosopher-historian and “father of modern linguistics” said US president Donald Trump had paved the way for the “shameful attack” in Bloomsbury on August 4 when a braying mob tore books off shelves and berated the bookshop manager as “Corbynite scum”.

Chomsky’s message, sent after hundreds attend­ed a rally at Bloomsbury Central Baptist Church on Saturday, said: “Trump has consciously taken the cork out of a very omin­ous bottle, understanding full well that in the current period of anger, fear, uncertain­ty and erosion of the social fabric dark forces will emerge.

“The shameful attack on the bookshop should be a warning, and an impetus to act forth­rightly and urgently to address the basic causes of contemporary malaise.”

“We have to make sure we have a mass move­ment. We are going to launch three carnivals – big ones – this year.”

The meeting heard historian Dr Louise Raw detail a series of “lessons from history”, including the way Jews battled blackshirt supporters in Cable Street in 1936.

Bookmarks manager Dave Gilchrist said: “The response has been phenomenal.”