It's hats off to the capital's great stations

For his latest book on the capital’s great train stations, Christian Wolmar is joined by the spirit of John Betjeman, writes Peter Gruner 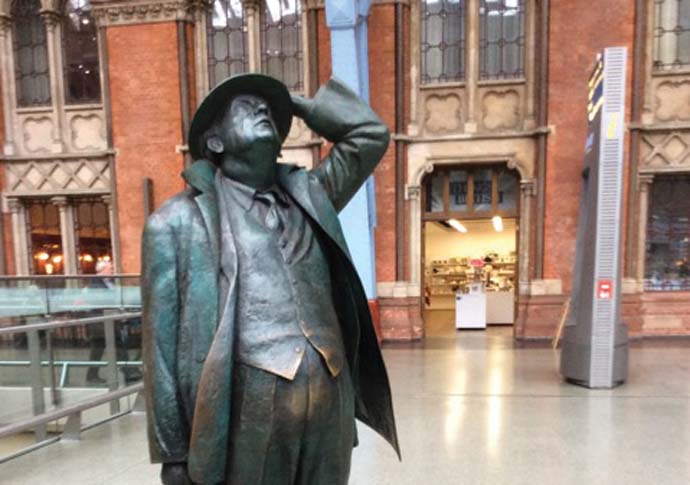 THE ghost of poet Sir John Betjeman appears at St Pancras station – eerily deserted due to the pandemic – at a time of unprecedented threat to the future of Britain’s railways.

In his timely new book Cathedrals of Steam: How London’s Great Stations Were Built – And How They Transformed the City, historian Christian Wolmar takes the spirit of Sir John around the capital’s railway terminals, mostly virtually empty due to Covid-19 lockdown.

They end up at St Pancras, which Betjeman helped save from being demolished in the 1960s, and where his six foot nine statue is now a landmark.

With fewer people than normal using trains, Holloway resident Wolmar worries that in another blow to passengers, the companies are now threatening to put up fares in the new year.

“We must get back to using trains and buses,” he said. “And the railway companies who often overcharge must encourage more passengers back by keeping tickets at a lower and more affordable price.”

The book is a fascinating story of Victorian capitalist free-for-all and competition behind the development of mainline stations. 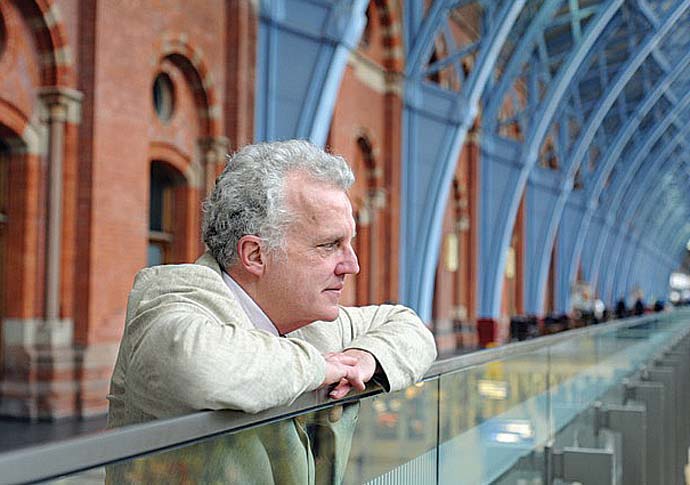 There was huge upheaval in Camden during the construction of depots and railway buildings.

Charles Dickens, who had an instinctive mistrust of the railways, was appalled in 1848 by the digging of a cutting leading to Primrose Hill tunnel. In Dombey and Son, Dickens wrote: “Houses were knocked down; streets broken through and stopped; deep pits and trenches dug into the ground.”

A temporary station was established at Maiden Lane in Covent Garden to provide trains for the Great Exhibition of 1851. On one occasion 3,000 Yorkshire-bound passengers descended upon the station from the Exhibition only to find that there was room on the train for only 1,000 people. Wolmar writes: “A riot ensued as the irate passengers commandeered a Lincoln-bound service and demanded that it took them back to Yorkshire. Eventually, after much indecision from the company, cattle trucks were found to accommodate them on the journey north.”

This highlighted the urgent need to find a replacement for Maiden Lane. Queen Victoria and Prince Albert were also forced to make do with Maiden Lane’s sparse facilities when travelling to Scotland in 1851 to oversee work on their newly acquired Balmoral Castle.

The building of the new King’s Cross station was controversial, involving digging up a corner of the graveyard at St Pancras Church.

The contractors initially paid little heed to the human remains, with discarded bones taken away by feral cats. Open coffins were seen in the graveyard and the vicar’s complaints about skulls being heedlessly scattered about were reported by the press, causing a furore. 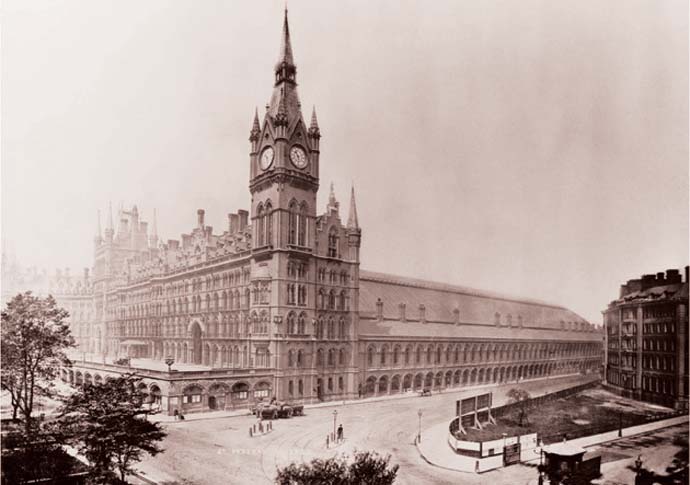 One of the young men appointed to oversee the work was the novelist and poet Thomas Hardy.

Eight-thousand bodies were moved, either to other parts of the cemetery or to new ones at Highgate and Kensal Green; some were even repatriated to France.

But it was St Pancras station that caused the biggest upset. An estimated 10,000 local residents were displaced during construction. They were people already in very poor housing who received no compensation and had barely a few days’ notice.

They were crowded into adjacent slums, such as at Camden Town or Covent Garden, or in workhouses like Cleveland Street, which was notorious for prostitution, just south of New Road.

Class, writes Wolmar, always featured among passengers like those travelling to the East End or Docks and those heading for posh Brighton.

Sir John Betjeman, of course, was famous for his putdowns. Always a fierce critic of the railway’s lack of regard for comfort and architectural excellence, he complained about the old Euston station having nowhere for passengers to sit down. He also described the underground taxi entrance as “so full of fumes that drivers, passengers and porters alike hate it”.

Wolmar said: “I think Betjeman would be pleased with many of the improvements today, particularly at St Pancras where of course he has a rather fine, larger than life playful statue.”

Wolmar argues that passenger numbers have more than doubled in the past 20 years. Even during the current disastrous phase, the trains keep running and passengers will return.

Talking to Betjeman’s ghost he says: “New rolling stock is now the norm, and while the seats are not always as comfortable as the old ones, trains are quiet and fast and carriages have sockets to charge one’s electronic devices, something that you would find very strange since computers were still huge mainframes and telephones all landlines when you died in 1984.”