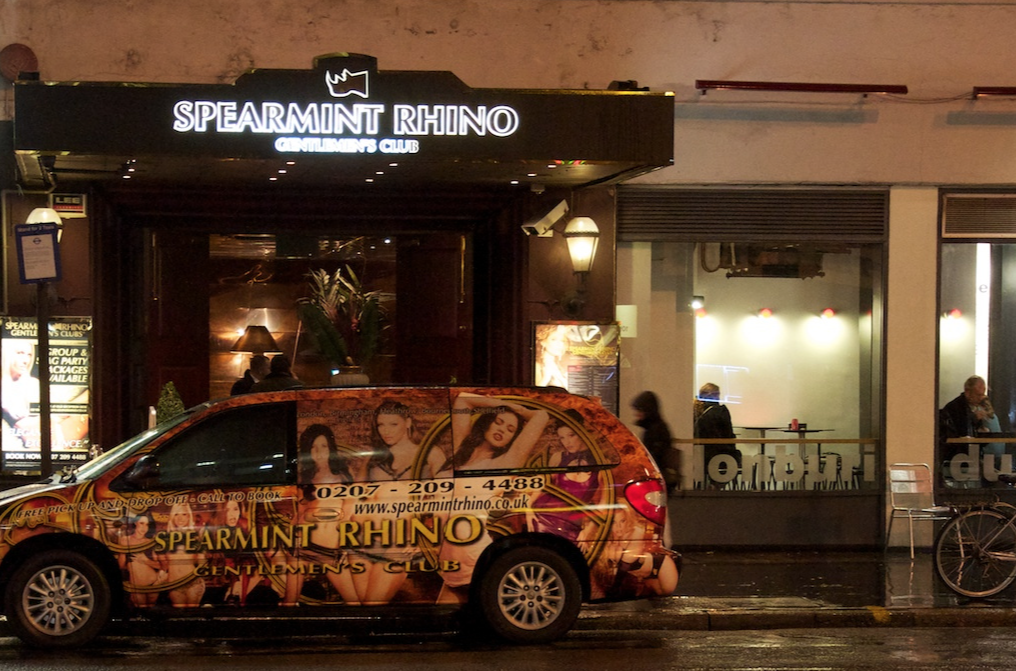 THE Town Hall was warned it is failing on its own equality ambitions after renewing a licence to the famous Spearmint Rhino lap-dancing club.

The club in Tottenham Court Road was told on Tuesday evening that its operating schedule could continue, but that if it applies for another licence renewal next year then it will be expected to clarify why there are differences in the way male and female performers at the club were being paid.

It has also been asked to look at the names of acts performing after its boss John Specht told the licensing committee that a regular male troupe was called the Chocolate Men, because “they are all African-American”.

The club said it had not given the male dancers their collective name and they were a touring act who booked the club for nights aimed at female customers.

While the Chocolate Men secure revenue by selling tickets on the door, women who dance at the club have to pay Spearmint Rhino and are then paid for individual lap-dances, a council licensing hearing was told.

Licensers issued the “informatives” – a guide to what may be discussed next time a licensing application is submitted – after a two-hour meeting in which critics of lap-dancing clubs urged councillors to refuse the new licence altogether.

Councillor Sabrina Francis said: “I’m aware that if you hire out your venue the people who you hire it to can effectively call their party what they want to call it, whether you have some moral objections or not. While it is incredibly tasteless, the chocolate city boys are not run by Spearmint Rhino and were named by whoever set them up to capitalise on some quite terrible stereotypes. That’s a whole conversation for another time.”

Committee chairman Thomas Gardiner said the club would be invited to “consider” the naming of some events and “the effect that might have”.

Mr Specht said: “It’s their business, their aim, they advertise it, they just rent space from us for a couple of hours.”

Members of the Camden branch of the Women’s Equality Party (WEP) and the Not Buying It campaign challenging pornography spoke against the club’s activities.

Camden has a blanket refusal on new sexual entertainment venues opening in the borough but allows existing clubs to apply for licence renewals each year.

Opponents say this policy shows the council does not really believe any site in the borough is suitable for a lap-dancing club. Emma Ko, co-leader of the local WEP, said that the aim of the council to foster good relations between different communities had to include improving relations between men and women.

Sasha Rakoff, from Not Buying It, said the licence should be refused on “locality and equality”. Nobody from the flats above the club, Paramount Court, objected to the licence – and one long-term resident spoke in praise of the way it is run.

The club produced witness statements from three dancers – anonymised – which said they enjoyed working at the club.

One said she had previously represented Great Britain at figure-skating, while another said she had completed a law degree.

Ms Ko said: “This is not about the individual dancers per se, but about the lap-dancing industry as a whole.”

Council licensing officials inspected the club last month and said it was operating within the terms of its licence and monitoring lap-dancing through CCTV to ensure no touching rules were being maintained.

Spearmint Rhino’s QC Philip Kolvin said: “Nothing has changed, my client is performing within expectations.”

SPEARMINT Rhino’s QC Philip Kolvin was asked at Tuesday’s meeting whether he thought an image of a woman playing a buzzer game which the club tweeted with a tagline about girls not being able to read maps was sexist.

“I’m not a woman so I just don’t think I should engage on semiotics on the Twitter feed,” he said. “But my best guess as a man is actually what this is doing is complimenting her on her ability to play that game, while playing to a traditional meme which is that women can’t read maps.”

He added: “Would I put that out advertising my chambers? No, I wouldn’t. Will I have words with Spearmint afterwards about taking great care about what goes out on the Twitter feed? Yes, I will. Does it affect your decision here today? No, it doesn’t, but point taken.”

The club said that the tweet had been on a marketing loop which was three years old and advertising a charity event in aid of rhinoceroses held in Uckfield. Emma Ko, from the Women’s Equality Party, said: “There were many other similar tweets, using Spearmint Rhino as a catch-all term of lumping women into a homogeneous group of tits and ass – excuse my language.”