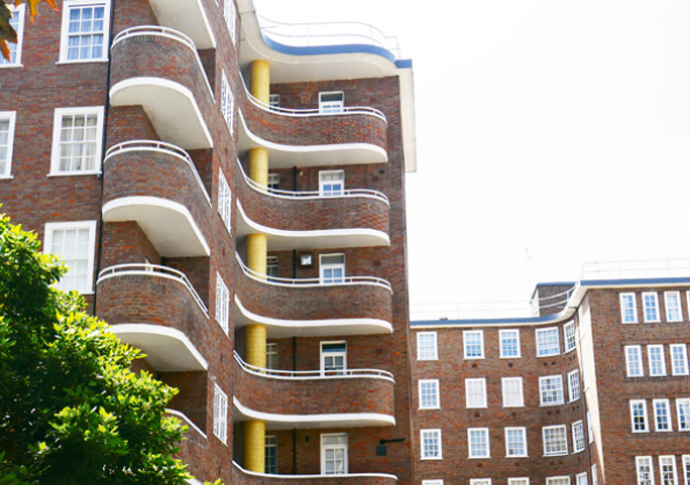 DUKE of Westminster plans to demolish a housing estate in the face of a wave of objections will be decided at a crunch council meeting next week.

Grosvenor has applied to knock down 151 homes in the Cundy Street flats and Walden House, Belgravia. The duke’s property company is proposing a £500million “Cundy Quarter” regeneration with 70 private rent, 49 affordable rent and 44 social rent homes in blocks reaching 42 metres tall, with shops and a cinema.

Council tenants in Walden House will be offered a chance to return to the estate, following a major concession from the developer in 2019. But dozens of residents are facing losing their homes with no right to return as a long-standing community is broken up.

One objection to the council said: “Local opposition is obvious. The reasons are many and have been voiced over and over again. If Westminster approves this on any level, at all, all it will do is show their contempt for the existing residents of this area.”

Among the dozens of objections are complaints ranging from the “destruction of the historical buildings” that are “enormously popular” and “architecturally superior” to the “soulless complex” proposals that will lead to “a loss of the village feel in Belgravia”.

The height of the proposed buildings is “excessive” and will dwarf St Barnabus Church casting “a permanent shade on the west and south west parts of Ebury Square Gardens”.

An estimated seven years of “demolition, excavation and rebuilding will be unbearable for the neighbourhood”, a decision should be delayed until after lockdown.

Coleshill residents say they are being denied access to proposed roof gardens, creating a divide on the estate. One objection said: “This is clear discrimination against residents in the Coleshill flats blocks. Residents have used the garden a lot more during this Covid pandemic and having space to sit with neighbours, albeit socially distanced, has been so important for mental health.”

The Belgravia Society has also objected to the scale of the buildings while Belgravia RA said it had “strong misgivings”, particularly about loss of light.

Semley House RA has objected to a playground being out in the gardens while Ebury Gardens Square have warned of “vandalism of history and heritage”.

Labour ward councillors Andrew Mann and Sham­im Talukder said: “The new social housing and the right to return offered to Walden House residents is welcomed. The break-up of the long-standing community at the Cundy Street flats is regretted.”

But in a letter of support, Conservative Cllr Murad Gassanly said: “Rather than losing social rented homes, the city council will be gaining additional ones and resolving all outstanding overcrowding issues at Walden House. It’s difficult to overstate the significance of this achie­vement.”

Other supporters include the chair of governors of St Barnabas primary school while others have written in praise of the increase in affordable housing planned for the site.

One said: “Although there will be some dislocation and inconvenience during redevelopment, the end result will improve the area greatly…”

Another said the scheme was “in keeping with the work of the late Duke of Westminster this new development is non-intrusive, eco-friendly and very much meets the needs of residents that have been a fabric of the community.”

Peabody housing association said: “We believe that the proposals will improve the area and the development of the plans has reflected the feedback from the community throughout the consultation process.”

Historic England raised no concerns other than missing or illegible inscriptions on the 1930s Grade II-listed Arnrid Johnston obelisk should be restored. The Grade II-listed Marquess of Westminster memorial drinking fountain would be relocated.

A council official des­cribed the blocks as “undesignated heritage assets”, adding: “It is accepted that the Cundy Street flats are attractive buildings that have provided homes for a long-standing community for many years and their demolition is not fully supported by the local community. However, their demolition will allow for a sustainable mixed-use development that makes the best use of land… increases the supply of good quality housing to meet Westminster’s housing target.”

Responding to objectors, Gerald Eve, planning agent for Grosvenor, said: “The proposed development would provide significant additional public benefits to the development currently on the site.

“Given the significant need for the delivery of new affordable homes in the City of Westminster, and the need to reprovide the affordable homes in Walden House, a reduction in massing would be inappropriate as it would result in the loss of a key public benefit of the scheme.”

Financial contributions of £500,000 will be made to the council by the developer, as well as up to £1.43million to the council’s carbon off-set fund.