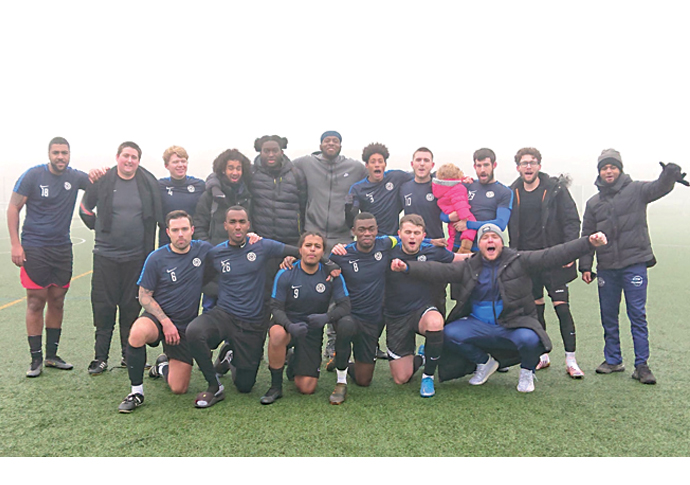 PLAYERS from Highgate Albion 3rds will be able to enjoy their Christmas pudding with smiles on their faces after winning through to the quarter-finals of the Barnet Sunday League Junior Cup.

The boys from N6 came from behind to beat Brotherhood Cossie FC 6-5 on penalties at the weekend. Held in Southgate, a moment of magic from Dion Laughton brought Highgate level in the dying moments of the match – the midfielder finding space on the edge of the box before rocketing the ball into the top corner.

With the game ending 1-1 after 90 minutes, it switched straight to spotkicks where Laughton, Alfie Louch, Hassan Nunow, Anthony Sparks and Ben Julian all found the back of the net.

Javan Wright-Keizer then scored the sudden-death decider after Brother­hood had missed their sixth spotkick.

“Everyone showed heart, desire and fight all the way through and the result was no more than we deserved,” said captain Michael Yeboah.

“It was a great way to sign off before Christmas. A special shout out to all the boys who stepped up to take a penalty and got us over the line.”