Soho leader warns of hit on independents as Christmas approaches 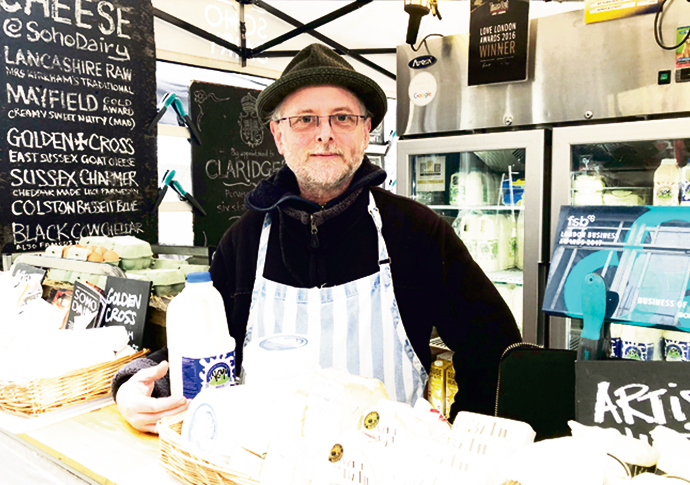 A TRADER of the Year has warned work-from-home restrictions are “beyond a nightmare” for independent businesses in the run-up to Christmas.

Shops and markets in the West End are particularly reliant on passing trade from office workers. But on Monday, following the government’s Omicron Plan B variant announcement, workers have been told to stay at home. While pubs and venues can stay open, the festive trade is expected to be crushed as footfall in central London is significantly affected.

Mr Smith, who won the national trader of the year award in the summer, said: “There is no plan in Plan B. There needs to be more strategic planning into what can work here for us in the West End. They need to be working out how we can make it a safe and pleasant place for people to come in and work, despite the pandemic, instead of these great sweeping things that apply to whole nations. There should be specific plans for specific areas. Soho is a special place with special conditions, but extraordinary costs. The bills are still there despite Plan B.”

Mr Smith said the city council could be doing more, including giving businesses a rates holiday.

“They have been trying to make it nicer for people. But suddenly the rug is pulled. There are no words. The West End is so far gone. It’s gone beyond a nightmare.”

Trade was still around 50 per cent of pre-Covid levels, he said. “Everyone in the West End is having a hard time, unless you’re selling alcohol,” he added. “We saw a decline, not massive but around a 20 per cent decline, when the new variant news came out. There were cancellations across the hotels. Plan B was expected before the PM announced it.”

The West End is still reeling from the lockdowns when footfall fell to a historic low. Despite restrictions being removed the numbers coming into central London did not recover, with many people realising they could shop online or go to neighbourhood parades instead of coming into town.

Theatres and clubs remain open but will be seen as less attractive due to concerns about the spread of the new variant.

Ros Morgan, chief executive of the Heart of London Business Alliance which represents over 600 businesses in the West End, said: “Reintroducing ­res­tric­tions, especially working from home will cost businesses immensely, particularly in the hospitality and retail sectors.”

She said: “If government is heading down this path it will need to also provide support for the businesses affected, given furlough and previous support measures no longer exist.”

City council leader Rachael Robathan said: “Working from home is going to prove a hammer blow to those traders who fought their way through the last lockdown, some of them only narrowly surviving closure. Consumer confidence was returning and our streets were getting busier. We now face the risk of large numbers of office workers staying away.

This could prove deeply damaging to an area with 3,700 restaurants, pubs and cafés, more than any other local authority in the country.

“Once again, people will worry about their jobs – 80,000 work in hospitality in Westminster alone – and the inevitable question mark over employment just when we appeared to be on the cusp of recovery.”

Jace Tyrrell, New West End Company’s CEO, said: “Many businesses have committed time and money in their Christmas plans in a bid to make up for last year’s losses, vital investment that they won’t be able to recoup.

“Our hope is that a balance can be struck between keeping everyone safe and supporting the high street in its time of need.”