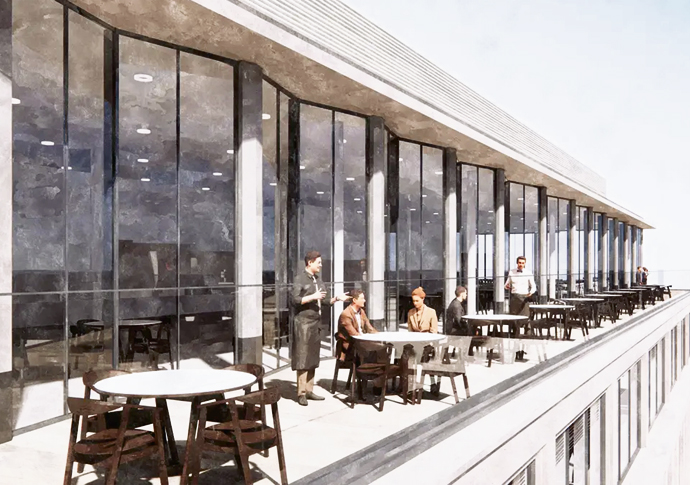 A £100million offices, swimming pool, and restaurant revamp of a flagship department store in the West End has got the green light, with planning chiefs saying “Oxford Street needs all the help it can get”.

The House of Fraser building will be retrofitted while three new floors will be placed on top following a vote by planning chiefs on Tuesday night.

It is one of several changes to Oxford Street’s chain stores triggered by the dramatic drop in footfall during the Covid-19 pandemic and the rise of online shopping.

The application came from Public Properties Establishment on behalf of Mike Ashley’s Frasers Group, which bought House of Fraser after it went into administration in 2018.

Westminster City Council officers had resisted the “unusual application” on the basis of the style of windows proposed for the upper floors of the 1937 building.

West End ward councillor Tim Barnes said: “We should be celebrating this £100million investment in Oxford Street. Instead we are having an argument about windows that would have embarrassed a medieval theologian. The windows have been approved elsewhere in Westminster. The issue is the location; but the location is why we need to improve.

“Oxford Street is changing, 100 years ago department stores were built to restrict light, lest it spoil the goods. Now we need the same buildings to increase the number of office and residential uses. That will mean changes to appearance.

“Failure to allow for this will push developers to demolish old buildings. It’s hard to see how that would be in the public interest.”

Netting was erected on the House of Fraser in 2019 to prevent crumbling stone from the building’s eroding face falling on shoppers below.

The building suffers from what developers call “Regent Street disease” the meeting heard. This is a phenomenon where Portland stone wrapped around steel in a building’s foundations makes it vulnerable to erosion.

But he said the application was a “much-needed transformation” and “a catalyst for positive change”, adding that retro-fitting was the best environmental solution to a building in need of repair.

Planning committee chair Cllr Robert Rigby said: “We all know Oxford Street, and it needs all the help we can give it. This is an iconic building that needs to be loved and looked after.

“This will give it a new lease of life. It will become a destination in itself.”

The application said the scheme would bring 2,000 jobs to the West End.