1970s film icon, who grew up in Belgravia, also starred opposite Elvis and Steve McQueen 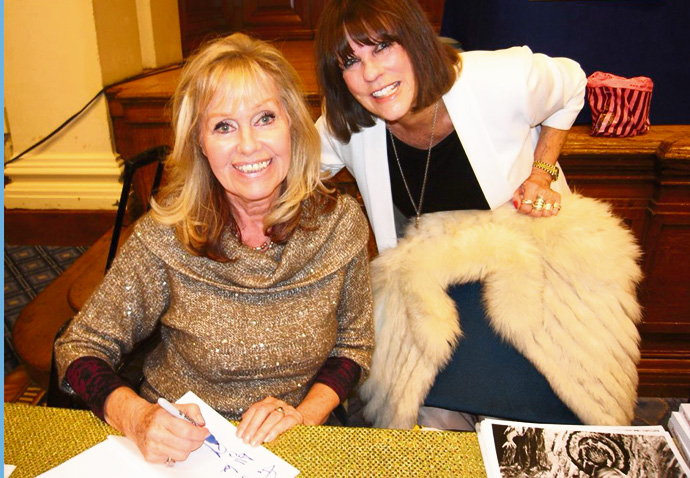 SHE was the cult 1970s vampire movie screen icon who starred opposite Elvis Presley and dated Steve McQueen and Michael Caine, among others.

Suzanna Leigh – best known for her appearances in Hammer Horror films – grew up in Belgravia her family still has a house in Mount Street, Mayfair. She has died, aged 72, after being diagnosed with cancer in September last year.

“The world will forever be a little less light and magical,” her daughter said on Facebook.

Leigh appeared in several Hammer films including Lust For A Vampire and The Vampire Lovers and also the musical comedy Son of Dracula. 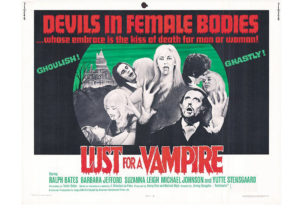 The Extra reported last year how she was reunited Judy Matheson who performed alongside her in two major horror film classics more than 40 years ago.

At the time, Ms Matheson said: “I haven’t seen her since Lust, which we were both in, although the only real scenes we did together was a peculiar dancing routine.”

She is best known among horror fans for her blood-curdling introduction to Twins of Evil, which also starred legendary horror actor Peter Cushing and two Playboy playmates as the twins.

Horror film fans from around the world gather at the convention each year and Ms Matheson added: “The fans of any of these things are astonishing. They are fanatical. They bring things you never know existed, videos, DVDs, all sorts of things, old magazines. They are very interesting.”

“I WAS privileged to work with her on the cult Hammer film Lust For A Vampire in 1971. She was the epitome of the 1970s girl-about-town; vivacious, gorgeous and extraordinarily talented.

“What fun we had! Before we met, she had been chosen to star opposite Elvis Presley in Paradise, Hawaiian Style and she had many stories to tell about working with The King, many of which she recounted in her subsequent autobiography, Paradise, Suzanna Style. She also starred in another Hammer production, The Lost Continent. She was cast opposite Tony Curtis and Jerry Lewis in the film Boing Boing and took leading roles in cult films The Deadly Bees and The Fiend. She was also in Son of Dracula, opposite Ringo Starr and Harry Nilsson.

“Though a thoroughly British girl – her stage name is taken from her godmother Vivian Leigh – she lived in the US for much of her working life. So it was with great joy that our friendship was rekindled in November 2016 when we were both invited to be guests at The London Film Fair in Westminster, more than 40 years after we had first worked together.

“Sadly by then she had already been diagnosed with the liver cancer that was to claim her life. I cherish the memory of our rekindled friendship more than 40 years after we first worked together. It was truly an honour to have known her.”