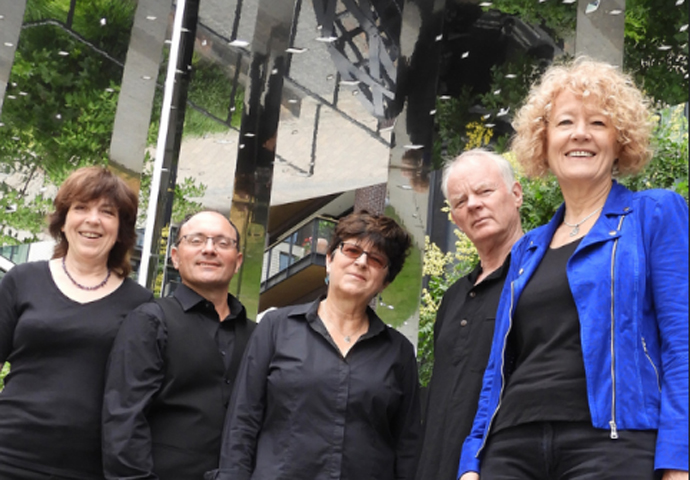 ANOTHER season of Jazz in The House launches next week at Lauderdale House. Overseen by the indomitable nonagenarian Brian Blain, as it has been for more than two decades, alongside House director Katherine Ives, it brings another stellar line-up to that lovely room in Highgate.

Things kick off with ARQ – the Alison Rayner Quintet – on Thursday October 21. Alison is a tremendous bass player and writes beautifully atmospheric and emotionally rich tunes, as heard on the recent ARQ album Short Stories.

Also in the line-up is Deidre Cartwright, a guitarist still probably best known for the TV’s Rockschool, but who is a hugely accomplished jazz player who can swing with the best of them. She also happens to have been born in Highgate.

After the Lauderdale House gig ARQ go on tour but land back in London at the Pizza Express Soho (https://www.pizzaexpresslive.com/whats-on/alison-rayner-quintet-2021#scr-booking) on November 3. 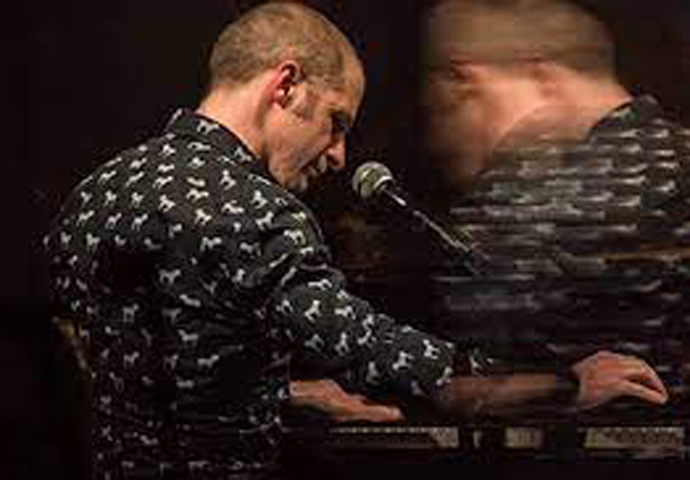 Next into the House is genre-fluid pianist Ivo Neame (Thursday November 4), who has played with Phronesis and the Norwegian saxophonist Marius Neset among many others and who is at home with everything from lyrical ballads to harmonically complex barnstormers. There’s a new, intriguing big band album (Glimpses of Truth) coming, but for this gig he fronts his regular quartet with George Crowley on tenor, Tom Farmer on bass and Jon Scott on drums.

A favourite of Brian Blain, and audiences all over London, singer Ian Shaw (November 18) has played this gig many times before and you could say he feels right at home in the House. This, though, is a rather different show, part of the EFG London Jazz Festival (of which more soon), with Ian in conversation with presenter, radio producer and Ronnie Scott’s DJ Mike Vitti, peppering the conversation with standards, classic pop songs and his own music.

Finally composer, singer and promoter Georgia Mancio, who was voted Best Vocalist in the 2021 Parliamentary Jazz Awards, takes the stage on December 2. Her work and words are fiercely intelligent and affecting – listen to the exquisite Quiet is the Star, her second album with Grammy-winning pianist Alan Broadbent for proof. She has just published The Songs Of Alan Broadbent and Georgia Mancio which contains words and music for all 33 of Alan and Georgia’s co-written works. For this gig she is joined by Gareth Lockrane on flutes, pianist Kate Williams (her album with Georgia, Finding Home, is also recommended) and Oli Hayhurst bass. 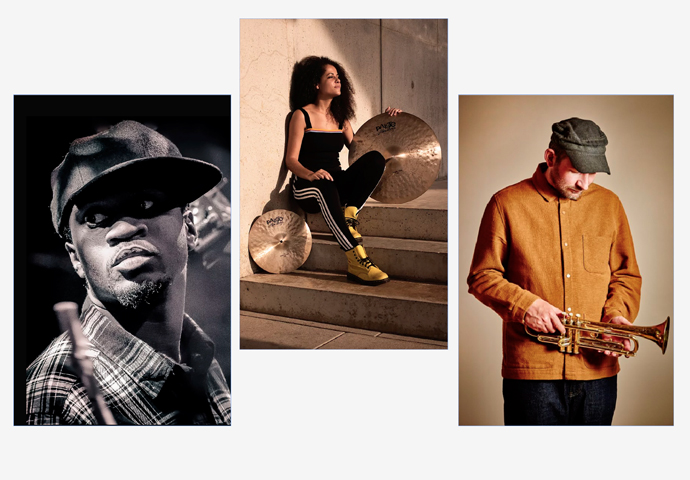 Georgia Mancio is also up for Vocalist of the Year in the Jazz FM Awards 2021, alongside Celeste and Ego Ella May. It’s a strong field in all categories, which includes CNJ favourites such as bassist Daniel Casimir (Instrumentalist of the Year), Maria Schneider (International Jazz Act), Emma-Jean Thackray, Archipelago and Fergus McCreadie (UK Jazz Act… and all three deserve a gong), drummer Jas Kayser (Breakthrough Act) and Matthew Halsall (Album of the Year). The ceremony takes place at Under The Bridge in West London on October 28 and is live-streamed at www.jazzfmawards.com with highlights featured on the station over the following days. 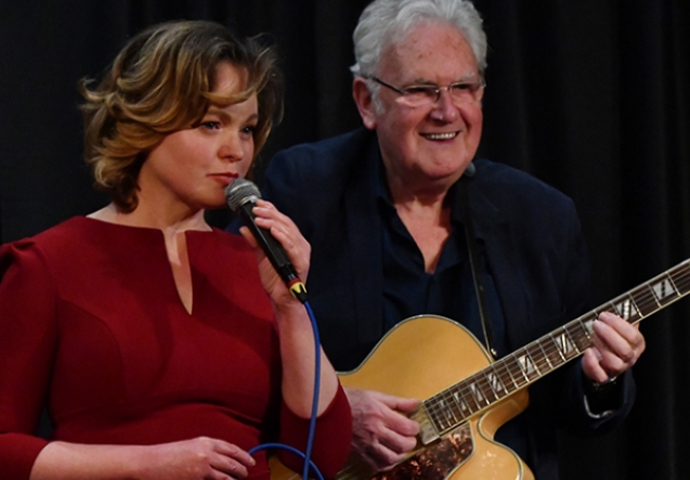 The Oxford Tavern in Kentish Town has been quietly dishing up some tasty sets on Monday nights recently. All of them are worth a look, but I’d just like to point out that the legendary Jim Mullen is playing there on Monday October 25. Jim is one of those characters who is so ubiquitous on the London scene, it’s easy to forget just how great he is. It’s well worth reminding yourself. Here he’s exploring the Great American Songbook in cahoots with the beguiling Zoe Francis on vocal duties and Ross Stanley on the Hammond organ. You can also hear them at work finding new facets of standards on Francis’s album Blue Town. https://jazzattheoxfordtavern.com/ 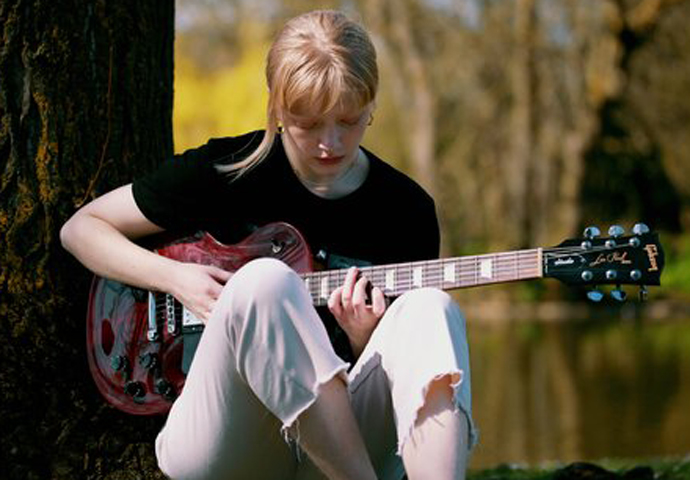 A little further to go than the Oxford maybe, but Serious, the outfit behind the EFG London Jazz Festival, is promoting a series of interesting concerts over at Royal Victoria Docks in East London as part of The Royal Dock Originals festival.

It includes concerts at the Silver Building, with Robert Plant guitarist Justin Adams and the gimbri (a three-stringed Moroccan instrument) player Mohamed Errebbaa (Friday, October 15) exploring aspects of rock, world and jazz music; the hotly-tipped but hard-to-pigeon-hole folk/jazz, singer/songwriter and talented guitarist Rosie Frater-Taylor appears on October 22; and singer-violinist and always surprising (in a good way) Alice Zawadzki on the October 29. Tickets might be free but pre-booking advised.

Meanwhile, over in the bar at the floating – but well-anchored – GOOD Hotel, BBC Late Junction and Soho Radio presenter Max Rheinhardt is mixing beats alongside improvising live jazz musicians in the bar. On Saturday, October 16, it is saxophonist Camilla George versus the turntables, followed by trombonist Rosie Turton (23rd) and clarinettist Arun Gosh (30th). All first-rate players. Again, performances are free.
• See https://serious.org.uk/events/series/royal-docks-originals