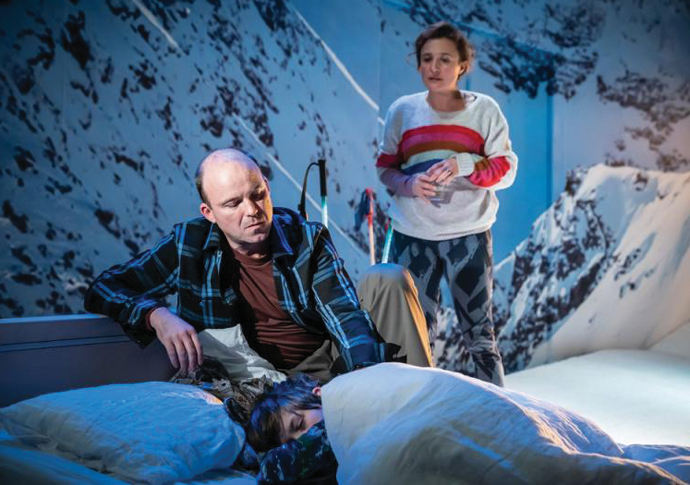 PAUL Anthony Morris’s Conundrum, an intimate tale of self-discovery, liberation and bliss, is at the Young Vic until Feb 4. The play is described as a powerful exploration of one man’s trajectory into self-acceptance. Anthony Ofoegbu plays Fidel, who prompted by old diary entries, attempts to identify his greatest challenges. Possessing an unusually high IQ, Fidel is alarmed at the prospect that he might be undermining his own wellbeing. The show contains themes of racism, grief and bereavement, mental and physical illness, blood and violent images. youngvic.org

• Set during the Second World War, Freud’s Last Session by Mark St Germain is at the King’s Head Theatre from Jan 18-Feb 14. On September 1, 1939, the day war is declared, Sigmund Freud awaits the visit of author CS Lewis. A former atheist turned Christian, Lewis is expecting to be taken to task for satirising the world-renowned psychoanalyst. However, the impending war and Freud’s failing health catalyses a far deeper conversation as they clash about the existence of God, love, sex, and the meaning of life. kingsheadtheatre.com

• Alan Bennett’s fabulous farce Habeas Corpus, directed by Patrick Marber is at Menier Chocolate Factory until Feb 26. The antics of the Wicksteed home are a darkly satirical merry-go-round. Family, friends and the quest for sexual pleasures of the body (corpus) are the ruling passions in this comedy of ill-manners. Through an escapade of mistaken identities and carnal encounters, one motto holds fast: “He whose lust lasts, lasts longest.” menierchocolatefactory.com

• Ruben Östlund’s award-winning comedy Force Majeure, about a family falling apart, adapted for the stage by Tim Price and starring Rory Kinnear, is at the Donmar Warehouse until Feb 5. Tomas and Ebba are determined to have quality family time with their children, so they head to the Alps on a skiing trip. But when disaster strikes, their family unit is tested to breaking point with hilarious and tragic consequences. donmarwarehouse.com

• You don’t need it to be Christmas to enjoy Matthew Bourne’s Nutcracker!, influenced by the Hollywood musicals of the 1930s and given a contemporary twist, at Sadler’s Wells until Jan 30. A thrilling combination of Tchaikovsky’s magnificent score, Anthony Ward’s delectable sets and costumes, and Bourne’s dazzling choreography, it will delight at any time of the year. sadlerswells.com

• Hamlet will be performed for the first time in the candle-lit Sam Wanamaker Playhouse from Jan 21 to April 9. Directed by Sean Holmes, the Globe Ensemble has created a world of surveillance and counter-surveillance, where no one – including Hamlet – knows quite who or what to believe. shakespearesglobe.com