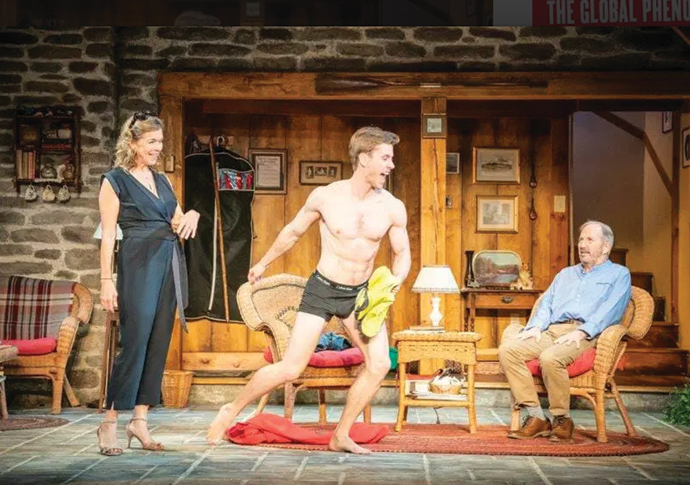 JEAN Genet’s The Maids will be at the Hen and Chickens Theatre until Nov 27. Solange and Claire fall prey to their tormented fantasies. Between repressed desires and envy, the only way to sublimate their pain is in a secret game in which Madame, their employer, becomes the target of all their dissatisfaction. unrestrictedview.co.uk

• Matthew Warchus’ big-hearted production of Charles Dickens’ classic, A Christmas Carol, returns to The Old Vic, adapted for the stage by Jack Thorne and starring Stephen Mangan. Until Jan 8, oldvictheatre.com

• Theatre63 presents The Bandaged Woman by William Proudler at the Old Red Lion Theatre from Nov 24-Dec 4. Hera’s running on the fumes of her father’s fading career. After a string of theatrical failures, she’s set on making a name for herself with her own one-woman play. But a crowd gathers outside her family’s estate. They have other ideas of what she should do with her privilege. The play explores what success means in an unfair world. oldredliontheatre.co.uk

• Part of the Voila! Europe festival at the Cockpit, Going Home: When Is It Time To Pack Up And Go? is presented by Scallabouche Theatre Company An English actor considers going “home” after 24 years in Budapest. A Hungarian-Algerian actress thinks she should have left years ago. The actors are put through an absurd audition, creating a dynamic metaphor for identification and belonging. Performed in English with a little Hungarian. 7.30pm Nov 20-21, thecockpit.org.uk

• Stephen Jeffreys’ Interruptions, adapted for six actors and directed by Guy Woolf, is at Jackson’s Lane until Dec 4. An imaginary country prepares for an election, undergoes a military coup, and has to live through the consequences. jacksonslane.org.uk

• Christopher Durang’s award-winning comedy Vanya and Sonia and Masha and Spike, starring Janie Dee and Michael Maloney is at Charing Cross Theatre until Jan 8. Vanya and his sister Sonia live a quiet life in a Pennsylvania farmhouse. Their sibling Masha escaped years ago and became a famous movie star. When she returns unannounced with her 20-something toy boy, Spike, a difficult weekend ensues. charingcrosstheatre.co.uk