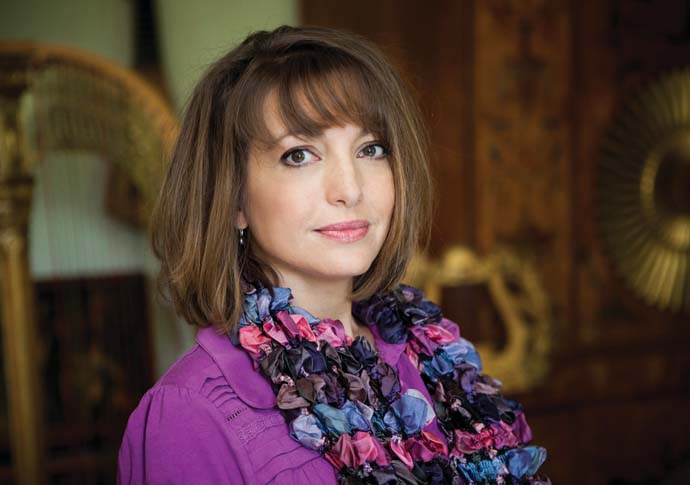 THERE was controversy several months ago when St Martin-in-the-Fields announced plans to upgrade its concert life, abandoning the tourist-trap evenings of Vivaldi by Candlelight that were a large part of what happened there in favour of more serious events. It was bad news for the musicians who rely on candlelit Vivaldi for a living. But at the same time it offered opportunities to other musicians with new ideas. And for better or worse the plans become reality this week when the new regime launches with a decidedly superior concert series called Fresh Horizons.

Needless to say, everything for the time being is streamed online without an audience present. But it opens on upbeat terms with the London Mozart Players in contrasting works about the changing seasons: one by Piazzolla (the Argentine inventor of tango nuevo whose centenary falls this year) and another by British composer Roxana Panufnik (who proves herself very much in the prime of life, introducing her own piece before the performance).

The daughter of Polish émigré composer Sir Andrzej Panufnik who defected to the UK in the 1950s in classic Cold War circumstances, Roxana writes music that’s very different to her father’s – vividly contemporary but accessible, the product of a bright, attractive, often quirky personality. Check it out with this concert, available for 30 days from Jan 28 at smitf.org/fresh-horizons

• It’s sometimes said, and with reason, that black performers have no visibility in classical music; but that hasn’t been the case in opera, which began colour-blind casting long before it happened in spoken theatre. For the past half-century or more there have been superstars from every racial background on the lyric stage. And the New York Met is marking Black History Month with a season of streamed productions that celebrate some of the more lustrous.

It starts Feb 1 with a recent Porgy & Bess featuring Angel Blue, Denyce Graves and other contemporary stars. Feb 2 brings the legendary Leontyne Price in a Forza del Destino from the 1980s. And Feb 3 has Jessye Norman with Maria Ewing in Poulenc’s heart-stopping French Revolutionary drama Dialogues des Carmelites – another 1980s show. The series runs on for a fortnight, everything free-access. Details: metopera.org

• One of this year’s biggest cultural anniversaries marks 50 years since the death of Stravinsky – the giant of 20th-century music who, it could fairly be argued, taught the world how modernism sounded with his 1913 ballet score The Rite of Spring.

If you’ve never seen the film footage of Stravinsky’s funeral, the coffin ferried by gondola to the Venetian cemetery island of San Michele where he chose to be buried, watch the YouTube clips: they’re atmospherically compelling.

But also catch the new, anniversary series of podcasts organised by his publisher Boosey & Hawkes and presented by the Oxford musicologist Jonathan Cross. They start Jan 29 with an illustrated talk about Rite of Spring, and build on a weekly basis into what could be a landmark introduction to the composer’s work. Details: boosey.com/audiovisual