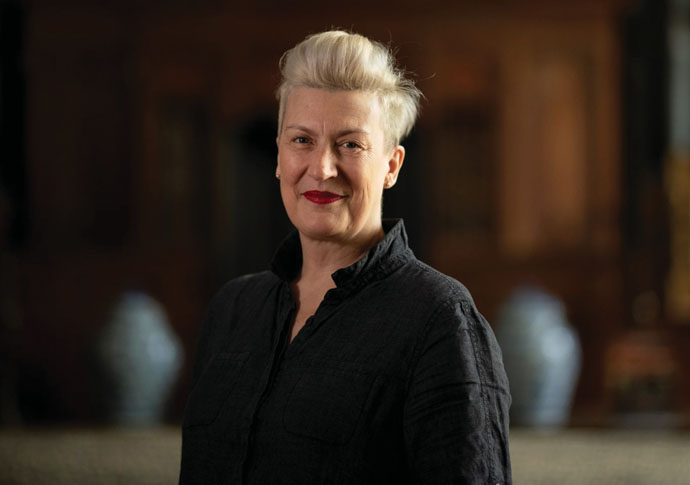 HERE’S some good news (for a change): unless the Johnson government decides to throw the country into chaos with another lockdown, the London Song Festival is going ahead – with real audiences, although everything will also be streamed online as an insurance policy.

There are 11 recitals running through to December, all at Hinde St Methodist Church W1, just north of Oxford Street. And this year’s theme explores the way that poetry and music offer solace during crisis – which could hardly be more timely, although LSF’s director Nigel Foster tells me he devised the programme just before the misery of Covid kicked in. So it’s unintentionally prescient.

In the course of the festival there are programmes built around the way Virginia Woolf struggled with mental breakdown, how Wordsworth found consolation in nature, and how 1920s Parisians partied to distract themselves from inter-war anxiety. December 4 has buff American baritone Jarrett Ott in the world premiere of Night Sweats, a song cycle on poems by Thom Gunn about the 1980s Aids epidemic.

And the season starts 7pm this Friday, with British baritone James Cleverton in music that emerged from Beethoven’s deafness and social isolation. It may sound depressing, but it won’t be: that’s the point. Full details: www.londonsongfestival.org

• A few weeks ago I was part of an audience of 11 people privileged to watch the entire London Symphony Orchestra, with Simon Rattle, baritone Gerald Finley and soprano Karen Cargill, playing Bartok’s chilling operatic psychodrama Bluebeard’s Castle at LSO St Luke’s. It was such a strange numerical disparity that at the end, when we applauded the performers, they applauded us back. For being there. But it was also an experience that anyone can share, because the whole thing was filmed – streaming on the LSO’s YouTube site as from Sunday. It’s free to access, something not to miss, and perfect viewing for a Halloween weekend. Be very scared.

• Something else I was privileged to experience, only last weekend, was a performance of Messiaen’s heartfelt if disturbing Quartet for the End of Time, played in the vast acoustic of St Paul’s Cathedral by young stars of the City Music Foundation scheme. St Paul’s may not be an ideal space for chamber music, but the sense of occasion was powerful – as you’ll see (with what will probably be better sound) when the performance streams online as from Friday. It’s free, with donations invited, on the website: www.citymusicfoundation.org And please do donate. These are tough times for musicians, and CMF is doing great work to keep them going. It deserves support.