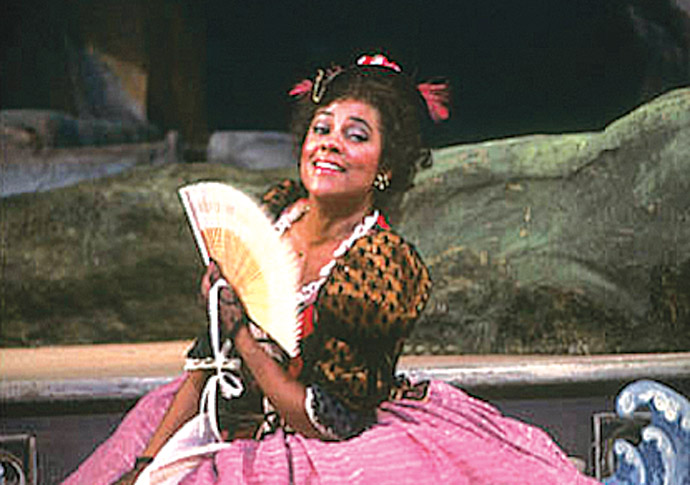 ONE of the predictable discoveries of lockdown is the extent to which music and the performing arts keep us sane. And given the hit they’ve taken from Covid, it’s amazing that so many music organisations have struggled to make their work available online.

Opera companies stepped forward from the start. And if you haven’t been watching the free shows that the New York Met has been streaming night after night, take note of their continuing celebration of US Black History Month, with performances by great singers of colour on the Met stage.

Through the next few days you’ll find a lot of Kathleen Battle – a soprano who lived up to her name during the 1980s/90s, with infamously diva-like behaviour that was somewhere between shocking and comical but a superlative coloratura voice for which you could (almost) forgive her anything. On Feb 5 she’s in Le Nozze di Figaro. On Feb 6 she stars in Ariadne auf Naxos alongside the late, great Jessye Norman. And on Feb 10 she’s in Il Barbiere di Siviglia.

Also in the week is a classic performance by that classiest of 20th century mezzos-turned-soprano Shirley Verrett, cast alongside Pavarotti in an old Tosca that airs Feb 7. Details: www.metopera.org

• Closer to home, Scottish Opera have a new online Hansel and Gretel, conducted by Hampstead-resident David Parry and premiering 6pm, Feb 10. And if you go to their website – scottishopera.org.uk – you’ll find a cache of other shows including Janacek’s Diary of One who Disappeared and Menotti’s The Telephone, all for free.

• The disappointing thing is that, with everybody doing so much, there’s been a relatively poor response from English National Opera and the Royal Opera, Covent Garden. From the two big UK companies that absorb most of the available public funding, you’d have expected more. But Covent Garden is at least streaming for free the TV film of its recent Fidelio – a performance that doesn’t include the big star of that production, Jonas Kaufmann, but does have the big-voiced Lise Davidsen in the title role. And if Kaufmann is important to your life, you can watch him in the Andrea Chenier which the Garden offers online for the very modest price of £3. Details: roh.org.uk

• Meanwhile, don’t forget the Wigmore Hall, which continues to fill the lockdown closure with specially filmed concerts. One I can recommend, because I was there for the filming, gets shown from 7.30pm, Mon 8 at wigmore-hall.org.uk. It’s free. And it features the Nash Ensemble in chamber music by Dvorak and Schubert (including the latter’s Trout Quintet). Not only is the playing a complete joy, but the concert is dedicated to the memory of Dvora Lewis, the much-loved “Queen” of music PR who more or less invented the profession and commanded it for decades from her home in Hampstead. Dvora’s death last autumn was a seismic shock to everybody in the business. And we miss her.