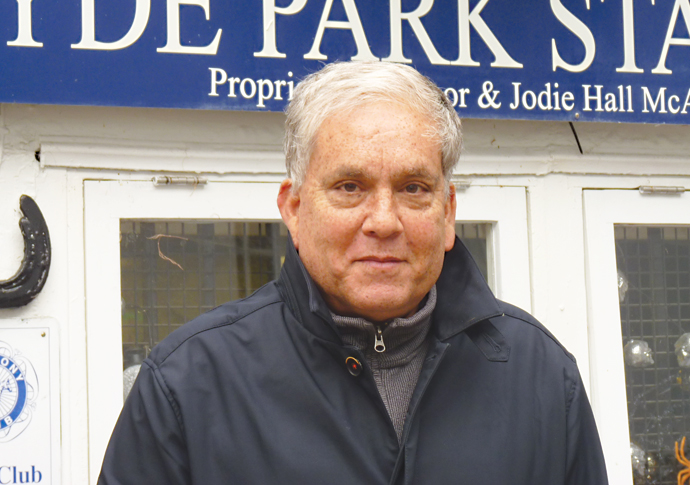 Chris Gunness: ‘With so many signatures on our open letter to the council leader and with such solid support behind our new group, it’s clear there’s solid support for the low-traffic scheme’

A RENEGADE residents’ group on the Hyde Park estate has formed following a road closures row.

The LTN, which is being trialled without official consultation, will shut several roads spanning the Hyde Park estate and so-called Connaught Village.

HyPER spokesman Chris Gunness said: “With so many signatures on our open letter to the council leader and with such solid support behind our new group, it’s clear there’s solid support for the low-traffic scheme. We ask councillors to listen, not to the noisy minority, but to the unrepresented majority who want to see a greener, cleaner, safer, and healthier Westminster.”

HyPER has sent a letter signed by 200 residents in support of the scheme to the council.

The LTN would create a space for a new “piazza” that Mr Gunness said would “engender a vibrant pavement life and a café society”, adding, “with our new neighbourhood group, HyPER, we intend energetically to create a sense of community with events and meetings that will engage our members in the spirit of good citizenship.

“We are determined to ensure that the most vulnerable in our area – the elderly, the infirm, some of our younger members, have their voices heard.”

Resident Sarah Chambre added: “These changes will promote a healthy and thriving community for all age groups, countering the tendency to hollow out central London neighbourhoods.”

Zoe Birch, a physiotherapist, added: “From a health perspective, the case for LTNs is overwhelming, for senior citizens and children, for business people, house-husbands and housewives alike.”

Last week the Extra reported how the HPEA had opposed the scheme, warning that it would “create rat runs”, cause “major traffic blockages” and had already “in­creased divisiveness and acrimony” on the estate with “egregious verbal attacks” being carried out by “activists”.

The HPEA said that none of its suggestions for tweaking the scheme had been listened to by the council and adopted a resolution opposing it until full consultation had been carried out.

Members had earlier in the year voted in favour of the LTN scheme, which the council argues will lead to an 80 per cent reduction in “rat-running” cars cutting through the estate, an improvement of air quality, less noise pollution, and fewer traffic accidents and injuries.

The HPEA’s resolution said: “Fundamentally, the rights of people needing or wanting to use private vehicular transport, particularly during the pandemic, will be subordinated in this scheme to those who are able/choose to walk or cycle.”