Review into flooding as ‘new normal' 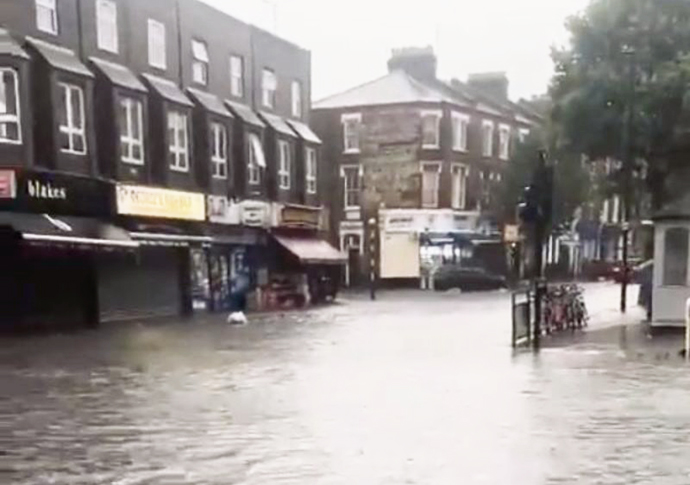 A REVIEW of the flooding that devastated homes and businesses in the summer is to get under way, with experts warning climate change will make similar downpours the “new normal” in the future.

The London Flood Review will look at drainage systems and make recommendations of how such events can be better managed in the future.

Thames Water has commissioned what the private company describes as an independent review that will help it work out how to “future-proof” its infrastructure.

In July last year millions of pounds of damage was caused despite a £17million flood defence system being installed in Maida Vale five years earlier.

Residents told horror stories of sewage pouring into their homes while entire streets were left waste-deep in water.

Compensation has not been paid out despite dozens of people being moved into temporary accommodation and there have been calls to renationalise the water industry.

The London Flood Review chair Mike Woolgar said: The extreme flooding London experienced this past summer is likely indicative of events we may see more of under climate change.

“Flooding like this is frightening for those affected and the mess, losses, and damages for so many people underlines just how important this review is.

“I look forward to bringing my experience and that of my fellow review group members to establish how and why the flooding occurred so we can help ensure the capital’s drainage systems are as resilient as possible in the face of our changing weather patterns.”

The review will be assisted by a panel of representatives from the Greater London Authority, Transport for London, London Councils, the London Drainage Engineers Group, the Environment Agency, the Consumer Council for Water, the Thames Reg­ional Flood and Coastal Committee, and Thames Water.

Thames Water retail director Warren Buckley said: “The severe weather patterns that led to some of the flooding incidents this summer look likely to become the new normal for the UK.

“While we can’t prevent every flood from happening, we know that we can do better and we must invest in resources today in order to build greater resilience tomorrow.”

A final report is due to be presented at a public session “in the first half of 2022”.