The bands played on 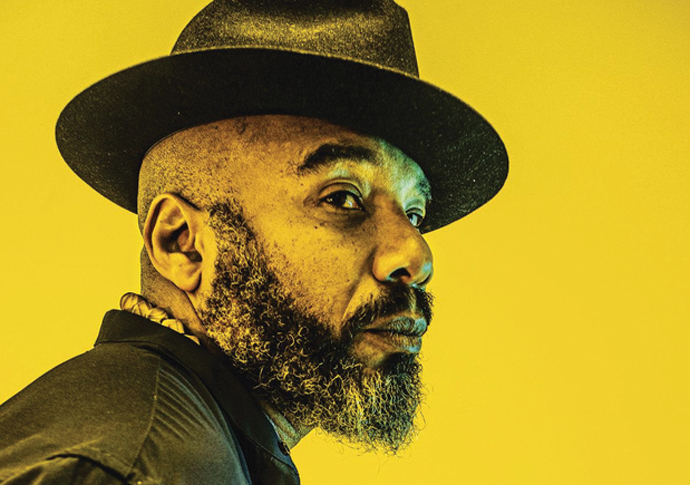 FINGERS crossed, if gigs continue to proceed as normal and hospitality is not restricted, I should get to see some of my favourite recorded music of last year performed live over the next few months. First on the must-book list for me is US vocalist Kurt Elling. His last album with Panamanian pianist Danilo Pérez, Secrets are the Best Stories, was an inspiring and thoughtful record, if, given the State of the Nation narrative, slightly sombre in mood. For his recent SuperBlue release the singer did a startling left turn, pairing with guitar wizard Charlie Hunter and the boys from Butcher Brown to create that rare thing – a down and dirty, ultra-funky lockdown album. All the Elling trademarks are there, with lyrics put to tunes by the jazz masters (Freddie Hubbard and Wayne Shorter), re-imagined cover versions (a wild Tom Waits piece, a vintage Cody Chesnutt song) and quirky, intelligent, word-twisting originals (Manic Panic Epiphanic).

Now, here’s the thing, good as the album is, the fact that the various parts were recorded thousands of miles apart because of the pandemic (Elling never met the Butcher Brown players until later) made a few sections of it sound a little earthbound. Live, however, it blasted into the stratosphere and, like Elon Musk, passed the Kármán line, leaving earth behind. I caught the show at Ronnie Scott’s and Elling used the full extent of his phenomenal range, every vocal trick in his hefty book and all his showmanship to blistering effect. Hunter, too, was mesmerising, sounding like three guitarist at once, two of whom James Brown would have hired on the spot. And that rhythm section knew how to put down a deep, deep groove. I don’t know about the band, but the audience needed a lie down afterwards.

Well, the good news is that the SuperBlue show is back in town – this time in Camden. Elling, Hunter, DJ Harrison (keys) and Corey Fonville (drums) are appearing at the Jazz Café (thejazzcafelondon.com) on Feb 23. It’s not the usual Elling venue, but it’ll suit the beat-laden album to a tee. Expect to dance. And if you don’t, Kurt certainly will.
An early 2022 casualty of pandemic performance anxiety was the glorious Gil Evans-meets-Aaron-Copeland Maria Schneider Orchestra, which cancelled its January show at the Barbican, to be rescheduled in 2023. However, one of the orchestra’s star soloists, Canadian trumpeter Ingrid Jensen, will be in town in February.

She is part of Artemis, which I feel contractually obliged to mention is an all-female supergroup, something which rightly irritates its founder, pianist Renee Rosnes (the female bit, not the supergroup part), which she explores in her tune Big Top – a portrait of women in jazz as a novelty act. Covering a spectrum of life experiences, members come from US, Canada, France, Chile, Israel and Japan. They released an eponymous album on Blue Note a while back, but it has only just found its way onto my CD player (yup, still have one of those) and, although Jensen is on great form as always, she is matched by Anat Cohen’s punchy clarinet contributions and drummer Allison Miller’s percussive tour-de-force. There are two vocal tracks by the wonderful Cécile McLorin Salvant, but for me it’s the complex yet compelling instrumental fireworks – each member contributes to the writing, all are at the top of their game – that makes for a rewarding listen. The slow and sultry version of Lee Morgan’s warhorse The Sidewinder that closes the album won’t be to everyone’s taste, but it’s a mark of how confident and iconoclastic this magnificent seven really are. Artemis play the Cadogan Hall on Feb 20 (cadoganhall.com), although with their much-feted guest singer off pursuing her own career, it’ll be just the core six on stage. I suspect they’ll manage.

Another show I enjoyed in 2021 was Matthew Halsall at the Barbican. His ethereal, meditative jazz – think Alice and John Coltrane playing in a carefully raked Japanese dry garden – managed to shrink the hall to a more intimate, hushed space than usual. Halsall has recently released a beautifully packaged, limited edition, live, three-sided LP version of his Salute to the Sun album (the fourth side has an image etched onto it – don’t try and play). Buy at matthewhalsall.bandcamp.com. I suspect his brand of music will work even better when he plays the Union Chapel, Islington, on May 6, which is bound to sell out fast (unionchapel.org.uk). Because is there a better place in north London to hear this type of spiritual jazz? I doubt it.

Talking of John Coltrane, watch out for live appearances by Austria’s Muriel Grossman. Clearly influenced by the great man (and Pharoah Sanders’ Impulse! albums) in his questing prime, she is a powerful performer in her own right, with a winning tone on both soprano and tenor. Her new album, Union, adds some jazz-fusion groove and soul-jazz licks to the mystic mix, thanks mostly to the addition of a Hammond organ to her usual line-up. I can’t wait to see her live. There are no UK gigs confirmed as yet, but there are rumours of a Church of Sound appearance and possibly one at Gilles Peterson’s We Out Here festival (in August; weoutherefestival.com), which already has an impressive line-up. I’ll let you know more when I do or keep an eye on murielgrossman.com

Finally, poet-musician Anthony Joseph’s album The Rich Are Only Defeated When Running For Their Lives was one of the most impressive and heartfelt albums of 2021. Joseph is British-Trinidadian and the record is a reflection on, and often a polemic about, the black experience in Great Britain and a homage to his Caribbean roots and influences. His powerful words are declaimed against a brilliantly evocative soundscape overseen by saxman Jason Yarde that can be beguiling and uplifting (Swing Praxis) or bracingly abrasive (Language). There are incisive contributions from Yarde’s fellow horn players Shabaka Hutchings (also on bass clarinet) and Denys Bapstise. That’s quite a trio of brass and woodwind talent. Joseph is down to play the interesting (if a little distant) new venue Woolwich Works (woolwich.works) on Feb 11, with a band that includes Yarde and Baptiste.