But community will still be broken up if they have to temporarily move away, warns NHS worker 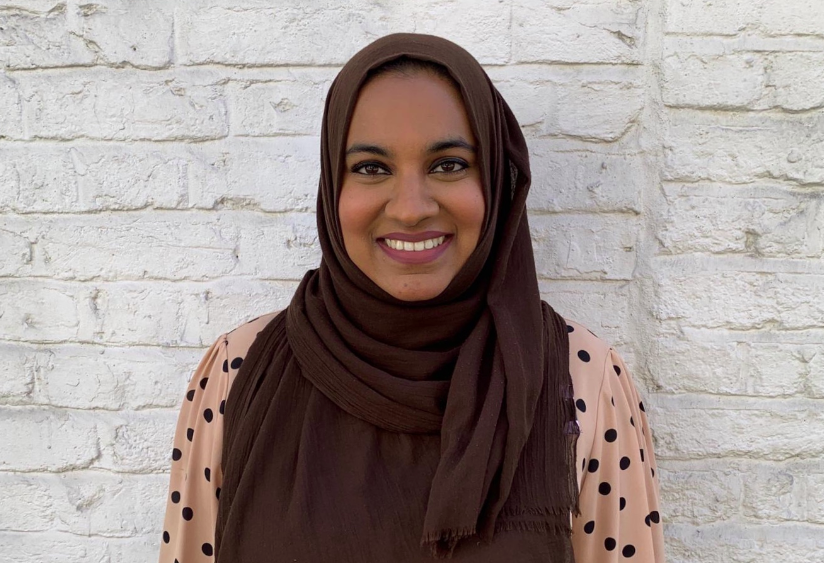 TENANTS living in a council block threatened with demolition by the Duke of Westminster’s property group have for the first time been offered homes after the redevelopment is built.

Westminster Council said in a letter to residents yesterday (Thursday) it had reached an agreement with the Grosvenor Group that all council tenants in Walden House, Belgravia, will be offered a “right to return”.

The company had initially ruled out any council tenants from the 40-home block getting homes in its “Cundy Street Quarter” after the redevelopment is complete. But following a campaign – that has seen more than 108,000 people sign a petition – the Duke’s group has now caved in.

Walden House campaign leader Liza Begum, who works for the NHS, told the Extra: “In the very beginning when we were told Walden House was going to be demolished in 2023, no one had discussed right of return.

“We all had assessments with housing officers and most people were told to start bid- ding. We have now been told that once the development has finished, we’ll have the right to return.”

But she said the community would become fragmented and scattered about during the redevelopment works, adding: “This uncertainty has created a lot of stress for people in Walden House, there are lots of people here who are vulnerable. People who are retired and shouldn’t be worrying.

Young children at school who don’t know where they will be living by 2023. If young families are having to move out, then children are going to have to move schools which is very unsettling for the residents.”

She added that the campaign would continue despite the breakthrough this week, adding: “We do have some things planned. We can’t confirm anything but there will be a lot more campaigning and we will have a lot more activities happening within the next couple of weeks.”

Ms Begum has lived in a council flat in Walden House all her life after her parents moved there in 1984. She grew up in the block with five siblings. The family home currently houses her mother, two older siblings and Ms Begum.

She said: “London is becoming a place which is not affordable for the average Londoner. Take me for example, I contribute to one of the most important services in the country and I can’t even afford to live in London. People in jobs like mine need to be close to work, just think of the weather and transport in the UK, we need to be close to work in case of emergencies.”

In the letter announcing Walden House’s residents’ right to return, Westminster Council said: “We are now happy to confirm that we will be offering all Walden House council tenants the right to return to the new development on this site when it has been completed, subject to planning permission being granted of course.

“This is because Grosvenor has now confirmed to us that any proposed development will increase the number of affordable and social homes over and above the units on the site today, in line with our planning policies.” The Duke of Westminster had been accused of “social cleansing” in the national media over the proposals.

A “for the record” statement, published on Wednesday by Grosvenor Group’s chief executive Craig McWilliam, said: “We know our development plans affect people living on the site today and we understand their concerns. From the outset we put in place measures to ensure they had several years’ notice to help them plan carefully for their future and ensure no one has to face the prospect of being homeless.

“Over the next four years, the council will support and rehouse all its Walden House tenants in the borough. It has also offered them a right to return and will allocate the new affordable homes we build to any council tenant who wishes to return to the site.

“Having been transparent with our private renting tenants in the Cundy Street flats about the potential for redevelopment since 2012, each has been offered comprehensive assistance tailored to their circumstances.”

Earlier articles about the Duke’s demolition plan in the Westminster Extra: 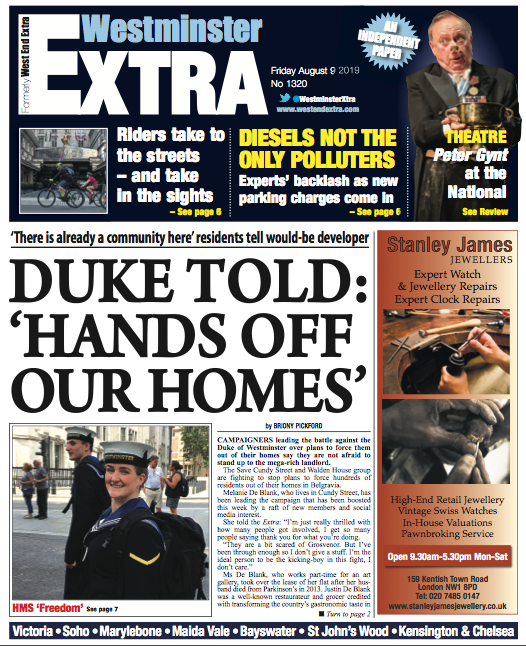 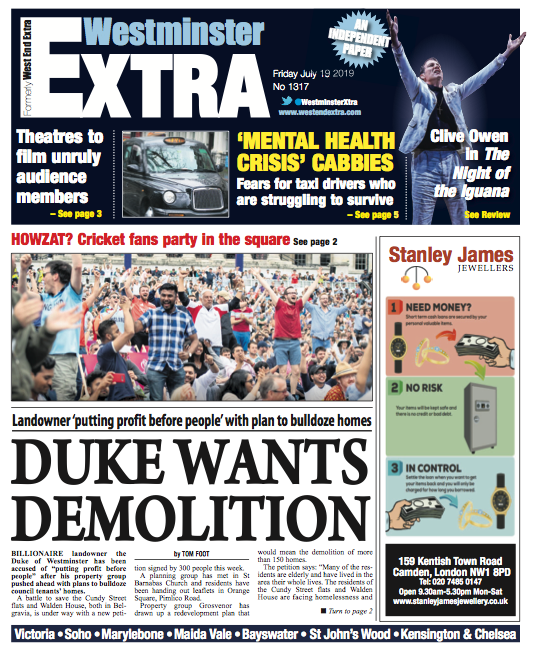