Going behind the glitz in Last Night In Soho 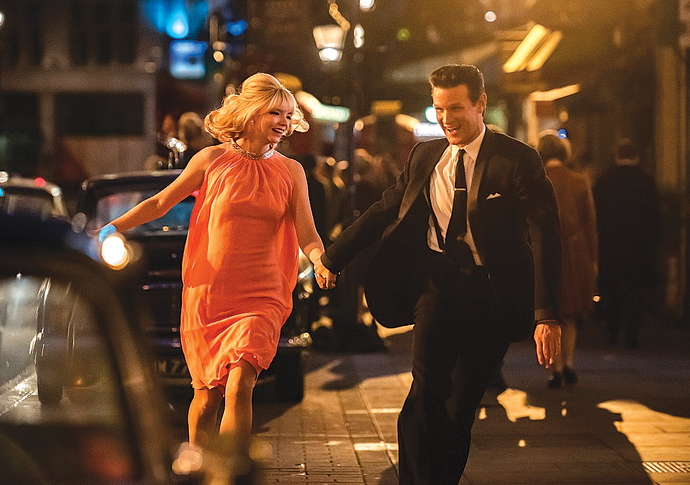 Anya Taylor-Joy and Matt Smith in Last Night in Soho

SOHO – that central square mile that has launched and destroyed a thousand dreams.

Edgar Wright uses our patch as the starting point for an entertaining and occasionally disturbing horror that jumps from contemporary W1 to the area’s apparent hey day in the Swinging Sixties.

Elly (Thomasin MacKenzie) travels up from her home in Cornwall, quite the country mouse, to embark on a degree at the London School of Fashion. We learn her mother took her own life when Elly was seven, and she has been living with her gran. Her mother’s death has haunted her – she has seen visions of her departed parent, and suffered from the after effects for years.

Her arrival is not made smooth by a gang of Heathers-like fellow students intent on making themselves feel big by bullying her – and their behaviour makes her seek a bedsit so she can find some peace.

But as she settles into her garret, extraordinarily real dreams come to her at night. In them, she takes the guise of a woman called Sandy (Anya Taylor-Joy), who has come to London to find her fame as a singer. She visits the Café De Paris, where she watches Cilla Black perform, and then is charmed by a smooth music manager (Matt Smith) who promises her a life in showbiz.

But all is not what it seems – and Wright brings to life the stories of female exploitation that was rife during the period, and how Soho’s glamorous yet seedy reputation had seriously dark undertones. This element elevates this story from a grim horror to something else – Wright subtly paints a picture of patriarchal world that is sadly all too relevant today.

The film is visually great: from the 60s stylisation to the use of Soho landmarks, it captures a real sense of time and place.

Wright’s last film, Baby Driver, was a clichéd gung-ho cops and robbers film that was both flawed and brilliant – with one of its strongest points being the super soundtrack. He has done the same here, reminding us of some of the innocently lyrical, catchy melodies that dominated the charts.

At times an unpleasant watch, as it should be due to the subject matter, Last Night In Soho feels like a very well made B-movie helped by great across-the-board performances.