The inside story of 49 Great Ormond Street

Home is certainly where Alec Forshaw’s heart is. But then that’s perfectly understandable when you live in the oldest house in Bloomsbury 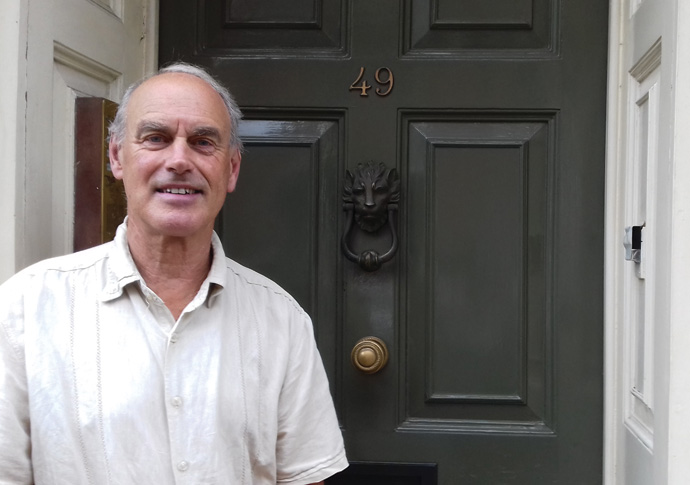 AS a conservation­ist steeped in the history of the inner city, moving into the oldest house in Bloomsbury was like winning the jackpot for Alec Forshaw.

Built in 1686, 49 Great Ormond Street had gone from elegant family residence to down-at-heel lodgings, as well as offices, a coffee shop and museum before he bought it at auction some 25 years ago.

“The house was run down but very big and in an amazing location,” he recalls. “It was a dream moving in and I felt unbelievably lucky.”

Over the centuries the house had undergone countless alterations and repairs and Alec, former head of conservation at Islington Council and author of several books on London’s architectural history, immediately set to work restoring it to its former glory, discovering beautifully preserved wooden panelling behind modern plaster board, and original floorboards buried beneath “horrible” carpets, hardboard and linoleum.

It was a huge under­taking, he remembers. The pitch from the linoleum had fused into now rare Baltic pine and the only way of getting it off was with a blowtorch, while several tins of paint stripper had to be deployed to remove at least eight layers of paint in some places.

“The only consolation was that the whole house seemed to be breathing a sigh of relief as so much unnecessary weight was taken away,” says Alec who shares the house with friends and has turned the ground floor into a musical recital and rehearsal room.

As he settled into his remarkable surroundings, his thoughts inevitably began to reach back into the past and he started doing some research, stumbling on the fact that due to changes in the way streets were numbered his house had started out life as No 13, with the original No 49 standing directly opposite it as Great Ormond Street Hospital for Children, which opened in 1852.

“Things snowballed from there and I thought there is enough material for a book here.”

The result is An Address In Bloomsbury, the engrossing account of the many different people who lived at No 49 and the wider social history of a neighbourhood that has been as much a home for ordinary people as famous names, one which has managed to survive the march of time more or less in tact despite bombing, demolition and gentrification.

But Alec’s labour of love begins in the 17th century when cut-throat but canny house builder Nicholas Barbon began developing fields on the edge of London around what is now Red Lion Square.

Barbon named one of his terraces after the First Duke of Ormonde, building tall houses in narrow plots of land in order to maximise the space at his disposal. But thanks to the use of quality materials and attention to design the results were pleasing to the eye. As an added bonus, early residents enjoyed unbroken views of Highgate and Hamp­stead, for a time at least.

By the 1850s the countryside vista had gone and two hospitals now occupied the north side of Great Ormond Street, the other being the homeopathic.

The book reveals how the area began to lose its fashionable appeal, that role being taken over by the new and opulent Bloomsbury squares, and by the end of the Victorian era many of the houses had been converted into offices or lodgings and a general air of shabbiness had begun to prevail. 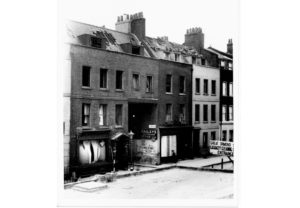 Blitz damage to No 49

As one might expect from an expert in architecture and town planning, An Address has a scholarly feel to it. But it is also an accessible read, full of interesting but little-known facts concerning long-gone local shops, trades and institutions, and those that have survived like Boutalls the chemist and Bedford House community centre; the link between local street names and the past; how the vacated Foundling Hospital site ended up becoming Coram’s Fields children’s playground instead of the location for a new fruit and veg market in the 1920s.

As someone credited with helping to regenerate Islington through vigilant conservation, Alec regrets the disappearance of many fine old Bloomsbury buildings and their replacement with those of questionable merit. That is why he is apprehensive about rumoured plans to rebuild the children’s hospital at twice its present height as part of an expansion drive, and proposals to redevelop the mews behind Holborn library for luxury housing.

For now, though, he says “the area has retained its essence, partly due to the institutions that control it like Camden Council and the Rugby Estate”.

This has mostly prevented the encroachment of chain stores and ensured plenty of social housing. He adds: “It is a wonderful place to live in, culturally rich with a large mixed residential comm­unity. Long may that continue.” 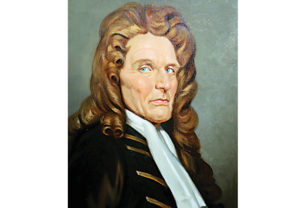 As for No 49, aside from providing homes to several households at a time, in the 1870s its ground floor was turned into the popular Ormond Coffee Tavern, patronised by the likes of William Morris and Dante Gabriel Rossetti who both worked locally. A century later, another floor housed the children hospital’s Peter Pan Gallery museum.

But in the 1950s, having survived the Blitz with just its windows blown out, it looked as though it would go the way of most of Barbon’s other buildings when it was served with a demolition notice. Fortunately, conservation campaigners successfully intervened.

“This is such a robust house which has clearly stood the test of the last 300 years,” says Alec. “It really does have a life of its own. I don’t particularly believe in ghosts but I am aware of the many dif­ferent people who have lived here and visited here, even died here. I feel only good vibes and living here has been very good for me.”

• An Address In Bloomsbury: The Story of 49 Great Ormond Street is published by Brown Dog Books, price £20. For details of where to buy it, please email alecforshaw@blueyonder.co.uk

This is not a car park?
From the Camden New Journal

The wage structure at the BBC is offensive